Takako Chino is one of the characters in the story and a classmate,and best friend or Naho Takamiya who also gets a letter from her future self to help save Kakeru Naruse. With the help of Naho and her friends, they all helped to save Naruse before his fate and she is also very protective of Naho and defends her.

Takako is a tall and slender teenage girl with long black hair and blueish grey eyes, who wears boyish clothes outside the school. After the timeskip, she cuts her hair into a boyish cut.

Her height is 170cm and blood type is A.

Takako is shown as fairly mature and little boyish who is supportive and unafraid to stand up for her friends, especially Naho Takamiya; she doesn't take lightly to Rio Ueda harassing Naho on a constant basis, and for that reason she holds a particularly heavy dislike for Ueda, stating on multiple occasions that she'd like to punch her as well as calling her a bitch. When Ueda calls her ugly, Takako promptly agrees and proceeds to say that she also has a short fuse, so if Ueda didn't stop bullying Naho, she would tell the whole school what "their beauty pageant queen is really like." In the main timeline, she and Azusa Murasaka are usually the ones indiscreetly planning "dates" for Kakeru Naruse and Naho. She is also seen defending Kakeru, stating that "he can make his own choices about who he wants to spend time with." In the future, she, like Azusa and Hiroto Suwa, regrets not telling Naho about Kakeru's feelings. (Not girly like Azusa) 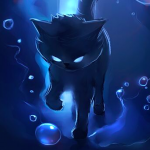 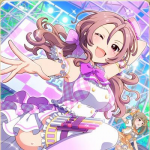